Gaj kesari yoga is one of the very auspicious yoga in vedic astrology and also one of the famous yoga. The gaja kesari is the combination of two words gaja and kesari , the word gaja means a elephant and a word kesari means a lion. So as the name suggests , the yoga gives the native the toughness and vigour like a lion, and also majesty and dignity of elephant. This yoga is formed when jupiter (guru ) is placed in a kendriye position I.e. 1st , 2nd, 3rd and 4th house with respect to the moon (chandra ) . 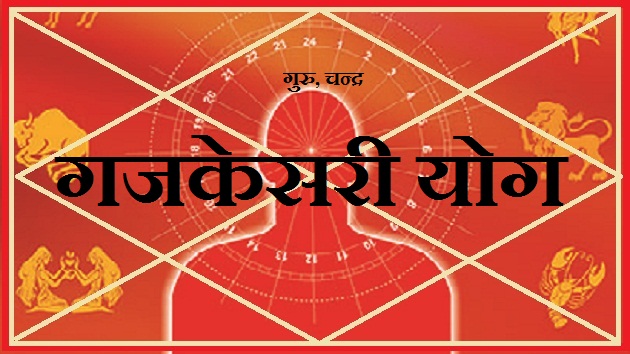 Gaja kesari yoga is formed when jupiter is positioned in a kendra from the lagna or from the moon , and be conjunct or aspected by another benefic and is not debilitated , combust and in inimical sign. The native will be wealthy , intelligent, endowed with virtues, will be a king or splendorous.

Kesari yoga is formed when jupiter is in a kendra position to the moon. The native will destroy his enemies like a lion. He will address the assembly with wisdom , intellectual and noble way. He will be ambitious, passionate and emotional in his behaviour. He will be long lived , intelligent , well reputed and successful in his endeavor.

Gaja kesari yoga is formed when jupiter is posited in the kendra from the moon. Moon should not be combust or weak, and is aspected by the benefic planet venus and mercury, not being debilitated the yoga gets strength. The native born in gaja kesari yoga will be energetic, will have much money and gains , will be meritorious , intelligent and loved by the king. 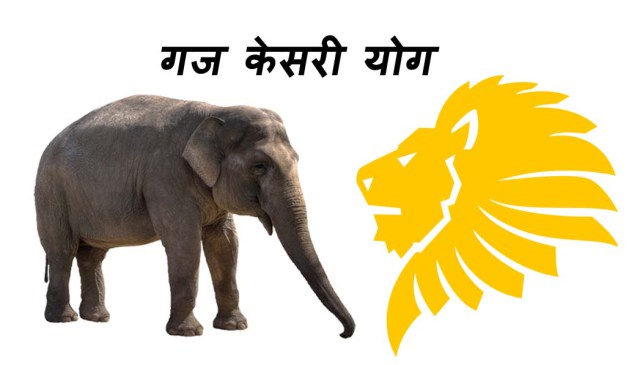 Gaja kesari yoga cancels and destroy the negative effect of other yogas like thousand of elephants are killed by a lion. The native will be very rich , head of his community , or head of the village , city or a country and lived very long.

The result of this yoga depends on the position of jupiter and moon in a horoscope , conjunctions and aspects of other planets on these planets, shadbala and astakavarka strengths etc. Jupiter is very strong for Sagittarius, Pisces and cancer , moon is strong in cancer and taurus.

So obviously, when haha Kesari is formed in these houses, the result will be very strong.