“Vishnu Sahasranama” word comes from the Sanskrit word “विष्णु सहस्त्रनाम” which means a list of 1000 names of “Lord Vishnu” one of the main divinity in Hinduism and the premier God in Vaishnavism. Vishnu Sahasranama stotra is also known as Venkateshwara  Sahasra Namam Stothram. It is the devotional Vedic deities comprising of 1000 names of Lord Vishnu. In the Anushasanika Parvam of the Great Epic Mahabharata Vishnu Sahasranama Stotra is found in the 149th chapter. The famous great warrior of Mahabharata Bhishma Pitamaha teaches this Vishnu stotra to the eldest Pandava, Yudhishtra. 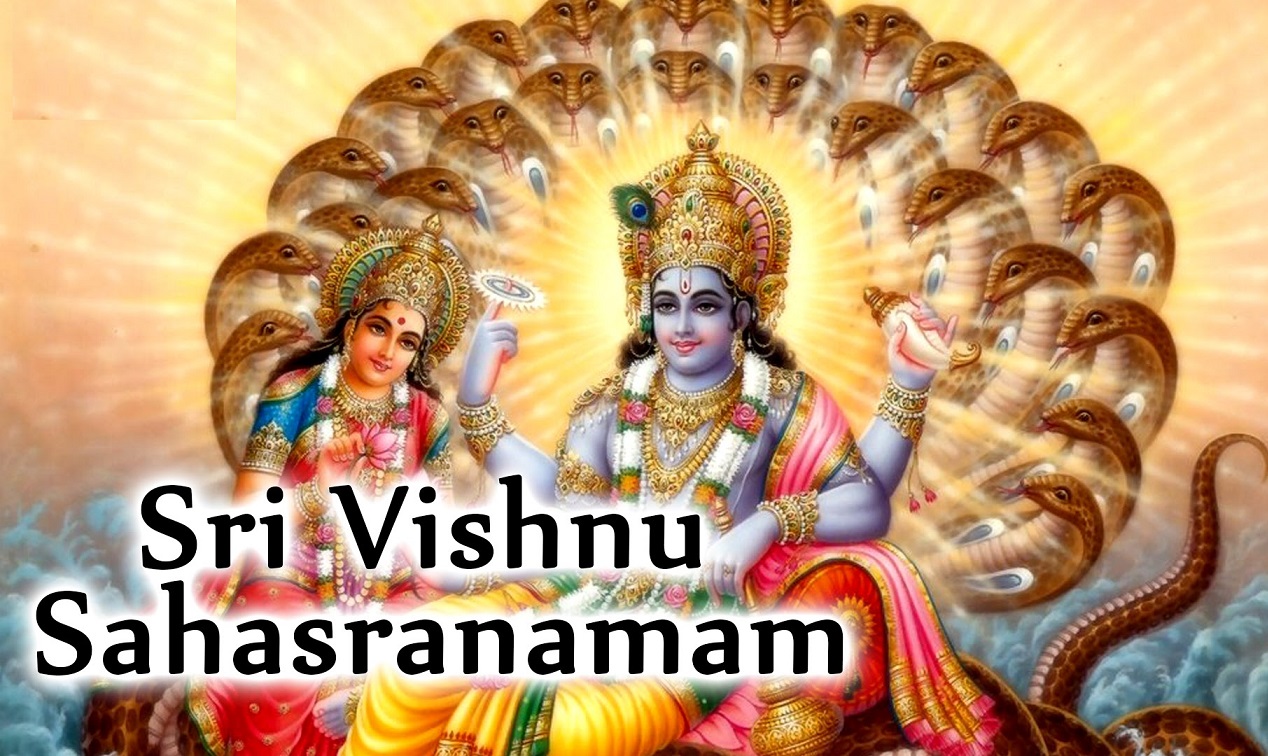 There are many versions of Vishnu Sahasranama Stotra exist as:

Padma Purana ( one of the major Purana of eighteen Puranas).

Each of his names signifies the countless great attributes of Lord Vishnu. This stotra has been the subject of countless narrations. In the 8th century, Adi Shankara wrote a definite narration on the Sahasranama which has been particularly influential, even today for many Hinduism schools.

In the 12th century, a follower of Ramanuja, Parasara Bhattar wrote a narration which detailing the names of Vishnu from a Vishishtdvaita perspective, in the book Bhagavath Guna Dharpanam. This title of the book means reflections of the Lord's qualities.

“Constantly praising me and striving to reach me with firm resolve and offering salutation to me brings me closer to my devotees,” says Lord, in the Gita. It means God already knows what you want so, selflessly serving him is the purest form of worship.

According to Astrology, chanting of Vishnu Stotra can help overcome bad luck and curses attached to some people.

Chanting also helps the person to cure many diseases and also prevents from fear, tension, stress, and low self- esteem.

Some of the names from the Vishnu Sahasranama are listed below: