Why Badrinath temple is Famous

BADRINATH TEMPLE IS THE MOST FAMOUS TEMPLE

1 / 9
Badrinath temple is the most famous temple when we say, India is known for its rich culture and heritage, it not only means in the way people carry themselves or the linguistic festivals that we have. This country is also home to various religions and within one religion itself there are a lot of different beliefs followed. That is why you may see that there are a lot of Gods and Goddesses worshipped by different people who have their own set of values and principles. Among all these Gods and Goddesses, the Badrinath temple is the most famous. Also known as the Badrinarayan temple, this temple is located in the northern part of India. 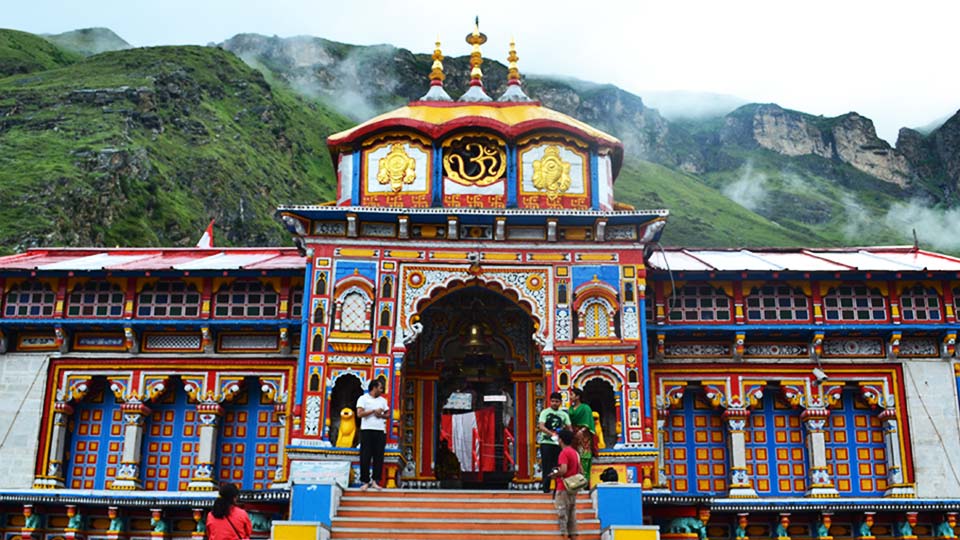 2 / 9
This temple worships the deities’ of Vishnu, Shiva and Parvathi and all the pilgrims travel far and wide to devote these idols. It is known that this temple is one among the char dhaam temples. It is known that if a Hindu wants to attain heaven, they shall visit all these 4 temples in India, one among which is Badrinath temple. The temple, today, is about a thousand years old and the values and principles on which it was built, still remain the same. It is located in Himalayan ranges, and due to this, the temple has its own set of restrictions in terms of opening and closing for visits.

3 / 9
Interesting facts about Badrinath TempleWhile every temple has its own facts and interesting things to know, this temple is no exception. Here are the most interesting facts about the famous temple – The Badrinath temple is one among the 108 Divya Deshams: As per the Tamil saints, Divya deshams is one of the most vital Vishnu temples. In continuation to this, there are 108 Divya deshams and India is a proud resident of 105 of these. Among all these 105 Divya deshams, the Badrinath temple is one of the counts. It is considered to be a holy shrine and people not only from India but all over the globe fly to this temple.

4 / 9
Interesting facts about Badrinath temple has a tank that is known to have medical powers: Yes, this is a one really interesting fact about this temple. The temple has a tank, known as the Tapt Kund which contains hot water springs. It is located just below the temple. It is believed that this water has magical medical powers. The devotees usually take a dip into this holy water before entering the temple because it is believed that one dip into this holy water relieves devotees of their medical ailments. The story behind the name of the temple: It is believed that the temple got its name as Badrinath because the main Lord Vishnu, used to reside here under a Banyan tree and hence the name, Badri which means Banyan tree and Nath means God. The main shrine of this temple is made of stone and is covered beautifully with a gold shield.

5 / 9
Interesting facts about Badrinath TempleThe temple has its presence in ancient mythology: Yes, since the temple is about thousand years old, it means it has its presence during mythological scripts like Skanda Purana, Mahabharata and Bhagavata Purana. The areas around the temple have been mentioned too.

6 / 9
Best time to visit the temple you may be aware of the fact, but it may also amaze you to know that this temple is open only 6 months. Yes, that is right – so if you are planning to visit this temple, it is obvious that you must plan your visits during these six months when it is open to visiting. The temple opens its doors for worships at the end of April and it closes at the beginning of every November. The other months sees that the temple is closed because the extreme weather conditions surrounding the temple is not very favorable. It is recommended that you carry super warm clothes when you are visiting this temple as the climate is always super cool here. Though the temple is open for pilgrims, yet the weather is not very good.

7 / 9
The story of Badrinath temple this magnificent temple has been built by Adi Shankara who is known to be a prodigy child with extraordinary scholarly skills and superhuman powers during his time of life. He was born in Kaladi, a small place in the south of the county – Kerala. It is known that when he was just two years old, he was fluent with Sanskrit reading and writing. When he was four years old, he had all the vedas on his tongue. He set up the temple all by himself and then had instilled his students and followers here. Even today, the priests are believed to be descendants of Adi Shankara.

8 / 9
The build of the temple this beautiful temple is situated in the Garhwal hills of the Chamoli district of Uttarakhand, the northern part of India. The temple is also known as the 108 Divya desams which is dedicated to the great Lord Vishnu. The temple is located near the banks of the Alaknanda River making it a beautiful site to visit. It has an elevation of about 10, 279 feet, which is about 3, 133 meters. It has recorded the maximum visits as a pilgrimage site in India. The lord’s image is noted to be about 3.3 feet high and is made of strong black stone. You must have a look at this temple to be able to admire its beauty, both inside and outside. It has superb interiors too.

9 / 9
Festivals at this temple there are a lot of festivals that are grandly celebrated in this temple. The biggest and the most important festival that is adorned in this temple is the Mata Murti ka Mela, which takes place at the banks of River Ganges. It is believed that the mother of Badrinath divided the river into 12 different channels for the betterment of the Earth and she is worshipped during this festival. The Badri Kedar festival is also a very important festival and you must be there to experience a different level of enthusiasm during this time.